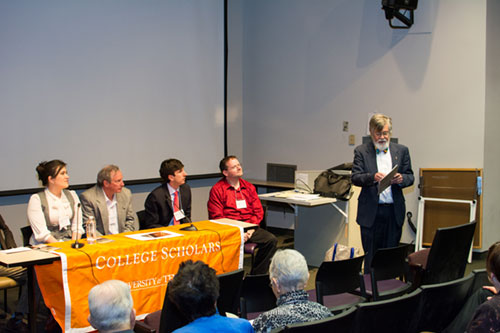 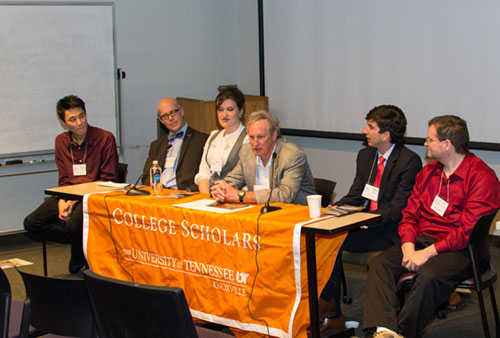 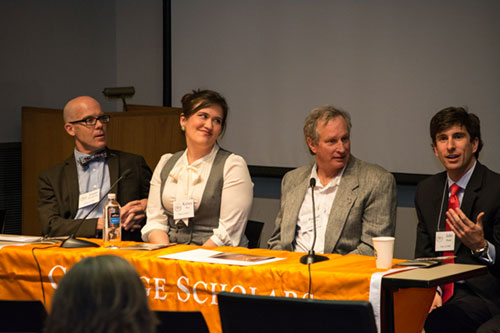 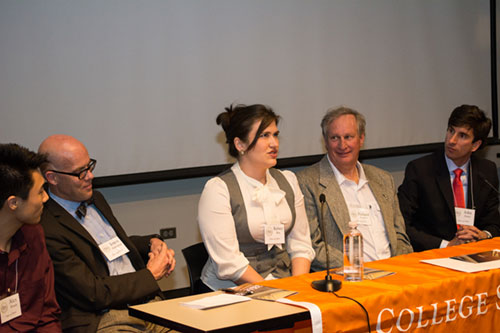 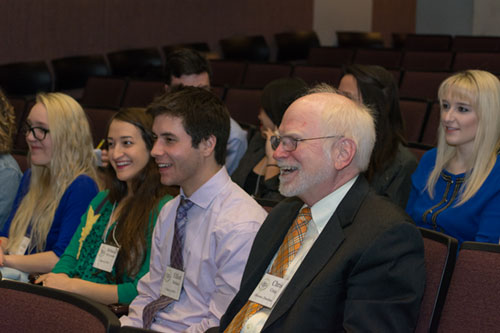 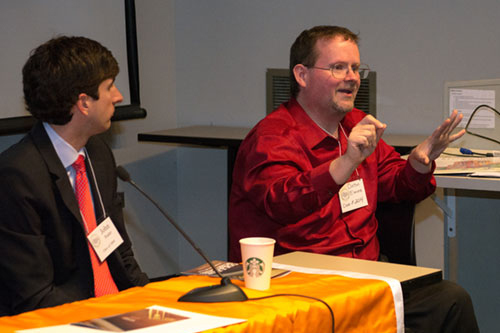 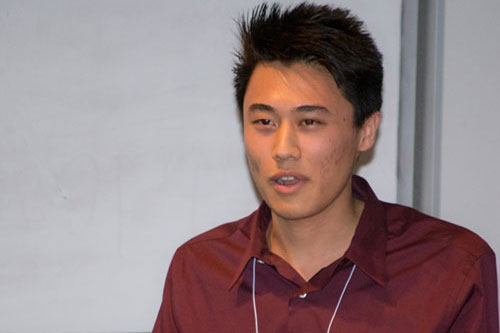 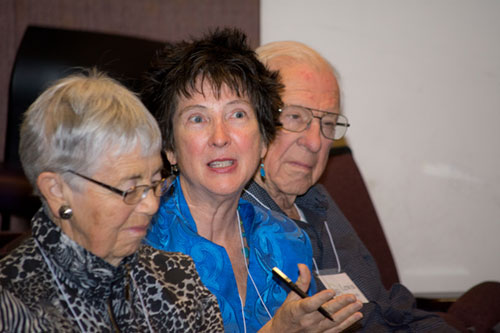 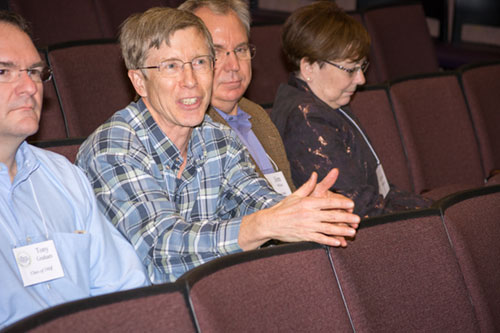 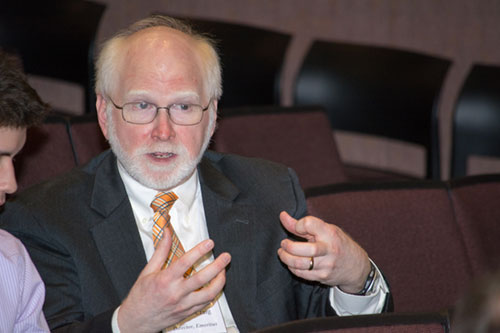 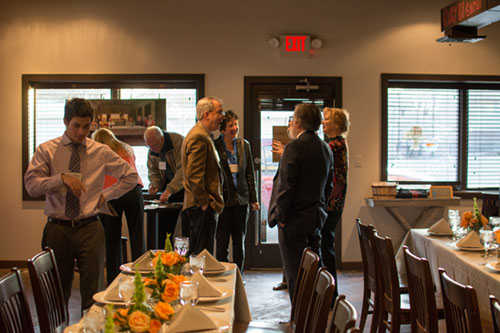 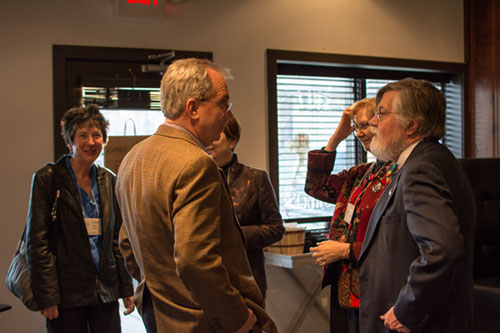 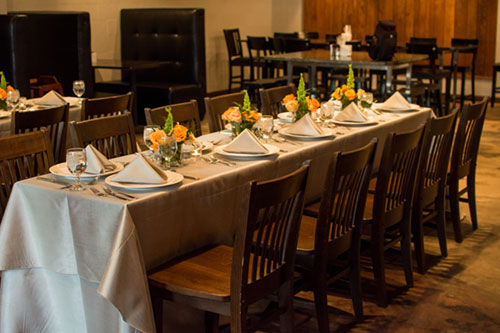 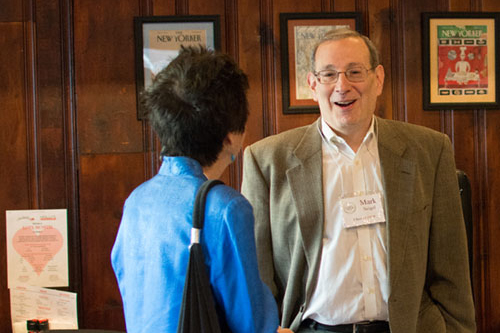 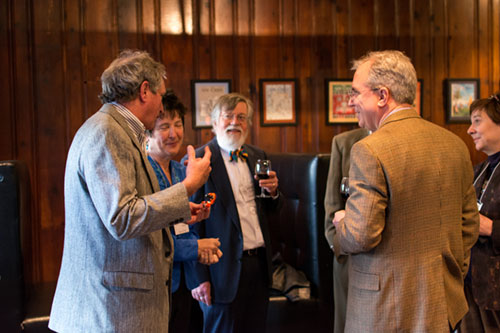 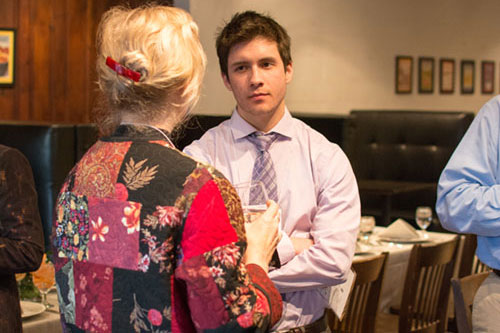 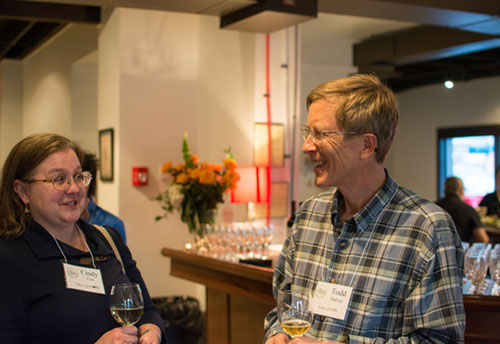 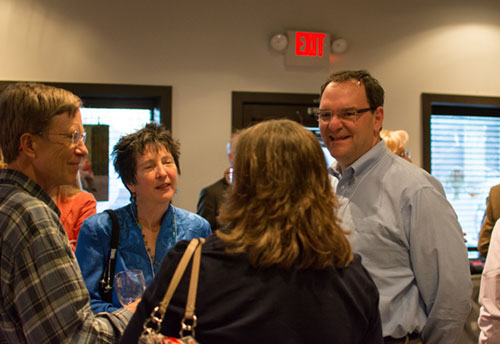 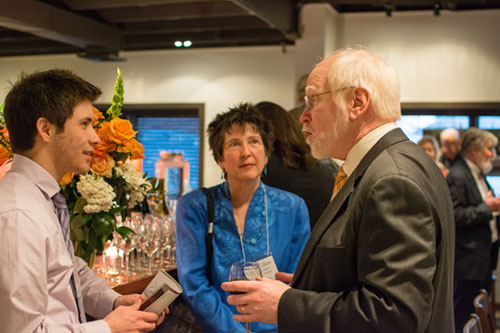 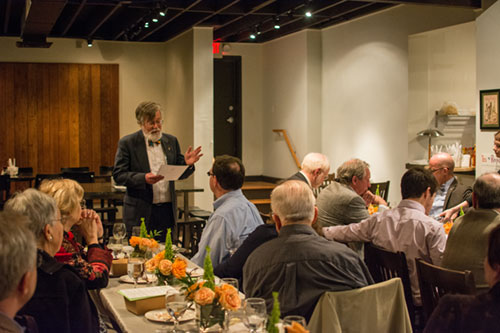 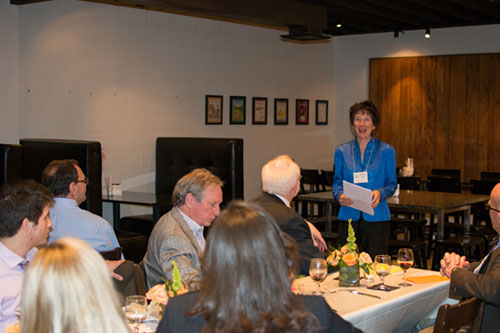 Upon first meeting Dr. Christopher Craig, then-director of College Scholars, John Rader recalls being absolutely terrified of the scrutinizing, white-haired man wearing glasses and a seersucker suit. Craig didn't reserve the skepticism solely for Rader, though– the director of College Scholars had to be discerning. The program, after all, isn't open to all students; only the unique, talented and motivated people who cannot find their academic niches elsewhere at UT make the cut.

On Saturday March 1, those students who, over the past 40 years, have proven their mettle in UT's oldest, most prestigious honors program gathered at their alma mater for the first time in history to recount the past and re-envision the future of College Scholars.

Rader, now a member of Governor Haslam's legal staff, told his story during a panel discussion of six College Scholars from different eras. According to his tale, Craig slowly warmed to Rader, who wanted to combine his love of geology and political science in a degree in foreign affairs.  He'd been rejected from the Chancellor's Honors Program for an ACT score one point beneath cutoff. But he went on to become a member of 17 different campus committees as well as student body president. In 2008, four years after that initial meeting, Rader graduated a top student, and a College Scholar. Just as Craig's skepticism, Rader's apprehension melted away, so too had his terror.

"To this day, I owe so much of what I've learned to him," said Rader. "I am thrilled with the education I received here, and I wouldn't trade it for a thing."

Rader is but one example of the 700 College Scholars graduates, all of whom took ownership of their education at UT, seeing opportunity in the unknown. College Scholars isn't merely a community of academics; it's a sanctuary for smart, driven, unconventional thinkers. Together, they have gone on to sing at the Metropolitan Opera, write award-winning novels, work in government at all levels and conduct advanced scientific research. But, until this year, they had not formally reunited.

To memorialize the occasion, current director Dr. Jeffrey Kovac compiled a 40-year history of the program with the help of current scholars R.J. Vogt and Hanna Lustig. The day began with the aforementioned panel held in Hodges Library Auditorium, featuring four graduates and two current Scholars who each discussed their first encounters with the program, as well as its impact on their personal and professional lives. The day concluded with a catered dinner at Holly's Corner on Central Avenue.

Richard Toussaint, the program's first graduate, developed an environmental science degree in 1974. Though he was the inaugural (read: only) Scholar at the time, he remembers little fanfare upon entering the program.

"One day I went to the registrar's office and I said, you know, I've been here long enough – my dad's starting to question.

:"… Can we make some kind of major out of this?" he recalled asking.

Having worked as an environmental scientist with TVA and now an attorney and judge in Colorado, Toussaint attributes his success to the flexibility provided by his "potpourri of classes." Jonas Holdeman ('86) experienced a similar unconventional introduction to College Scholars. Hearing of the program at a party, Holdeman found academic harmony in his designed program in Shakespeare, which excluded the dreaded college math and science requirements.  Kelsey Roy, a 2011 graduate, seemed to empathize. Studying Children's Book Narrative and Illustration, a combination of creative writing and art, Roy was unlike many of her fellow science-minded Scholars. Yet, in this unlikely group, Roy quickly found a home, becoming the self-proclaimed "little sibling misfit of College Scholars."

With panelists spanning four decades of the program's existence, the small gathering took great interest in the many faces of College Scholars throughout history.  Today, the program requires members to attend a weekly seminar, during which a new speaker appears every week to expose students to a new discipline, topic, or piece of research. Prior to the initiation of the seminar, College Scholars lacked the sense of "community" members now enjoy. Under the tenure of both Craig and Kovac, students have also taken enormous pleasure in the occasional dose of Applied Newtonian physics during seminar time– Scholars codespeak for bowling in the UC Down Under, a sport Roy said "got strangely competitive for a bunch of nerds."

As the event wound down, panelists and scholars in the audience also discussed future initiatives to promote the program's growth, like a renewed effort toward recruitment and branding. The alumni suggested more alumni outreach, noting that many graduates would be happy to serve as mentors, thesis advisors and even job resources. Even today, many university professors and students do not even know what the program is.

For Craig, the pitch is simple.

"Whenever you talk to anybody and it comes up, its okay to say 'Ah yes, College Scholars,'" Craig said.  " 'The oldest most prestigious most selective undergraduate honors program at the University of Tennessee. It's amazing what these people do.'"

Ellen Godbey Carson, one of the original thirteen College Scholars who graduated in 1976, delivered a keynote address at the alumni dinner. In her speech, she declared that the achievements of the program's alumni are more than individual accolades – they represent the program that built them.

"In Japan, there is a saying 'Okage sama de,' meaning 'I am what I am because of you,'" she said. "Our accomplishments are not our own."

Carson's life after UT, like many College Scholars alumni, has been a varied one, leading her to Harvard Law School, Hawaii, and the forefront of a U.S. Supreme Court case on behalf of the National Council for Japanese American Redress. She accounted the experience of "going for broke" to speak out against wartime crimes – such as those experienced by many Japanese Americans during and after World War II – and noted that the things people would die for are the same reasons they should live.

"Choose thy love, love thy choice," she said.

And in a program where students can choose their own curriculum and manifest destiny, her advice will remain relevant for the next 40 years and beyond.

The flagship campus of the University of Tennessee System and partner in the Tennessee Transfer Pathway.